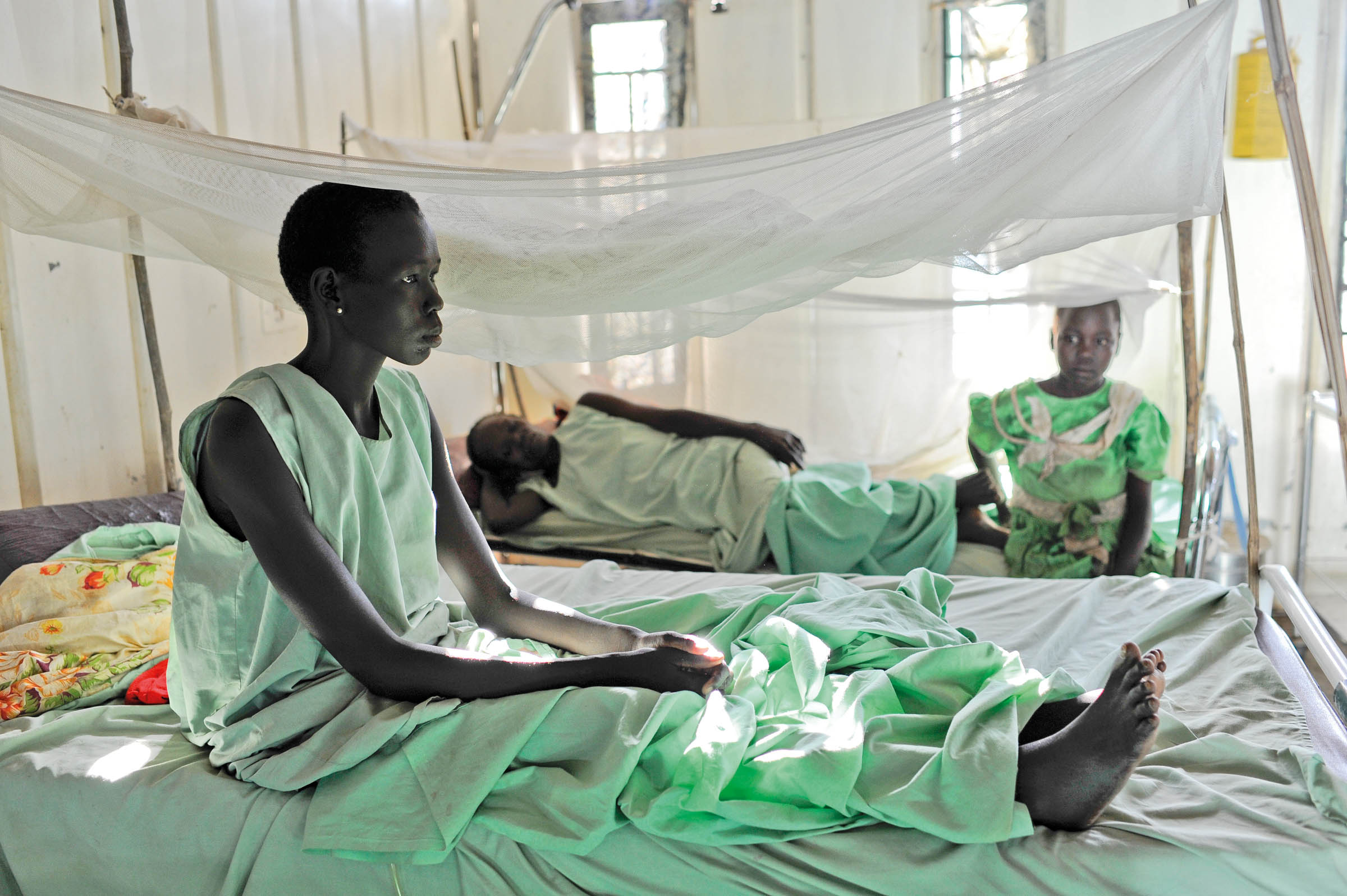 Tackling the most dangerous animal in the world

The most dangerous animal in the world? Not sharks, lions or snakes, but one of the tiniest animals around: the mosquito. It has the ability to pass on devastating diseases, including dengue, yellow fever and encephalitis. But the most dangerous of the diseases it carries is malaria, which threatens half of the global population and causes billions of dollars in lost productivity every year. It goes without saying that this disease needs to be eliminated. While there is progress, there are still major gaps that need to be bridged to continue advancement towards elimination.

Together with diagnosing malaria and treating it, prevention is an essential element in eliminating this disease. There are two main approaches to prevent malaria: vector control and preventive therapies. This year, we will see the rollout of a third preventive measure in three African countries: the malaria vaccine RTS,S.

Long-Lasting Insecticidal Nets (LLINs) are the main method in malaria prevention efforts, particularly in sub-Saharan Africa. Across the region, the use of LLINs has increased substantially over the last decade. However, major coverage gaps remain: in 2015, an estimated 47% of the population at risk of malaria did not sleep under a treated net. LLINs are an extremely effective and affordable tool, as they provide protection for multiple family members for a period of 3 years (after which they need to be replaced or treated). Indoor residual spraying (IRS) is another powerful way to rapidly reduce malaria transmission, providing protection for 3-6 months. It involves spraying insecticides on indoor walls and ceilings where malaria-carrying mosquitoes are likely to rest after biting household occupants. Supplementary methods of vector control include larval control: an approach to interrupt the development of adult malaria mosquitoes.

Did you know: IDA Foundation is one of the largest suppliers of LLINs worldwide?

WHO recommends preventive therapies for the most vulnerable groups in high burden areas of sub-Saharan Africa: pregnant women, infants and children under 5 years of age. They target P. falciparum malaria and include: intermittent preventive treatment of pregnant women (IPTp), intermittent preventive treatment of infants (IPTi), and seasonal malaria chemoprevention (SMC). Seasonal malaria chemoprevention is recommended only in areas of highly seasonal transmission across the Sahel sub region. IPTi, IPTp and SMC are intended to complement ongoing malaria control activities such as vector control measures (LLINs, IRS), prompt diagnosis of suspected malaria, and treatment of confirmed cases with artemisinin combination therapy (ACTs). These preventive treatment measures are not implemented enough yet, however:

As a supplier of essential malaria medicines, including sulfadoxine pyrimethamine (SP) for IPTp and IPTi and sulfadoxine pyramethamine + amodiaquine for SMC, IDA Foundation aims to contribute to increasing access to these lifesaving preventive treatments.

The World Health Organization Regional Office for Africa (WHO/AFRO) announced today that Ghana, Kenya, and Malawi will take part in the WHO-coordinated pilot implementation programme that will make the world’s first malaria vaccine available in selected areas, beginning in 2018. The injectable vaccine, RTS,S, was developed to protect young children from the most deadly form of malaria caused by Plasmodium falciparum. RTS,S will be assessed in the pilot programme as a complementary malaria control tool that could potentially be added to the core package of WHO-recommended measures for malaria prevention.

These preventive approaches are a critical part of the strategy to achieve the SDG targets related to malaria: reducing malaria case incidence by 90% by 2030. Aside from prevention, diagnostic testing, treatment and monitoring is essential in making strides towards elimination. Continued funding is critical to sustain the progress that has been made so far, and health systems need to be developed to ensure that those suffering from malaria can access diagnosis and treatment. Resistance to pesticides and artemisinin will be a challenge for which innovative measures will need to be developed. IDA Foundation hopes that malaria elimination will be within our reach and will do everything possible to play a role in reaching that target, by providing quality, affordable products for the prevention, diagnosis and treatment of malaria. To read more about IDA’s malaria activities, see our Malaria page.